The Castle Hotel is surrounded by an English park, featuring the Baroque statue of St. Agasia from the first half of the 18th century and the seventeenth-century Tomb of God. During the revitalization of the chateau park, the historical composition and species composition of plants were restored. According to preserved historical materials, a circular ground floor was restored and, in a simplified form, a circular historical route.

Right next to the main entrance to the castle park, the gateway has been guarding the majestic beech forest for centuries. For his beautiful oak, the red velvet leaves became the symbol of Chateau Herálec. In 2017, however, he became fatal, and his distorted root system, as we later discovered, did not resist the onslaught of an inscrutable Highland wind and slid to the ground. For us, however, the hero remains … We have left the torso of his tribe in the chateau parterre to decorate it with its magnificence. We cut comfortable benches into it, so when you go around, sit down for a moment and take the energy from the ubiquitous green.

If we walk further into the park, we find ourselves in a forest park with a grassy surface and a large tree crown overhead. There is an open space behind the castle, dominated by old lime trees and the central grassy area is defined by groups of deciduous and coniferous trees. Several interesting solitaire species can be seen in the park, such as scarlet beetles, chestnut beetles, beech trees, oaks, tulip flowers …

Approximate surveys from August to October 2009 identified more than four dozen bird species in the park, most of which are parked and nestled in the park, but they can be expected to be higher. From the ornithological point of view, the number of birds bound to the tree cavities (forest birch, climbers, cheeks, purlin, etc.) is most significant.

The most important functions of the park include its ecological stabilization function and its species composition contributes to enhancing the diversity of the environment. It is a significant biotope for ever-ecosystems living with evergreen species – not only birds, but also small mammals, bats, insects, and you can see the castle squirrels.

Restoration of the Chateau Park is designed to prevent habitat disturbance.

The revitalization of the chateau park was realized with the support of the funds of the European Union / Cohesion Fund, the European Regional Development Fund, and the State Environmental Fund through the Operational Program Environment. 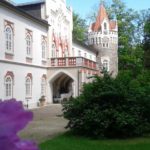 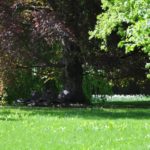 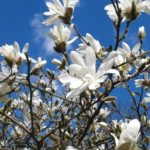 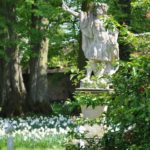 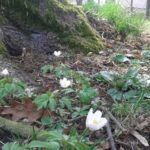 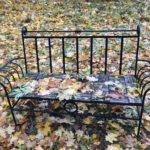 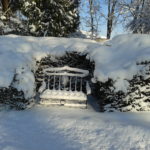 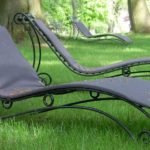 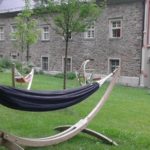 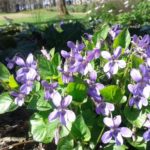